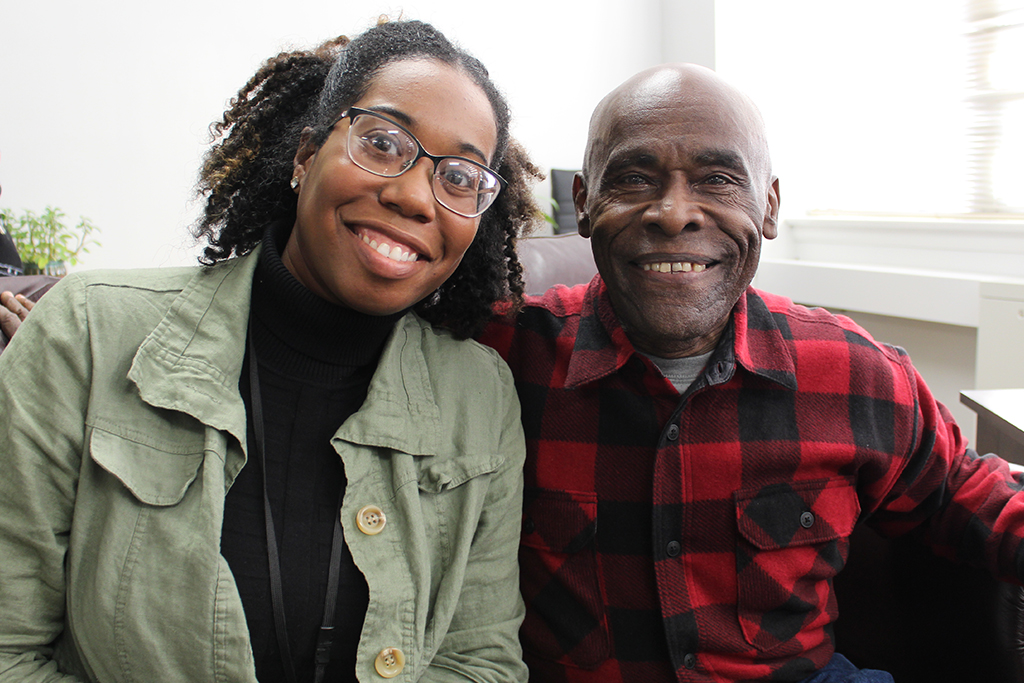 Housing changed everything for Clarence

When Clarence lost his home, he lost his self-esteem with it. He felt so ashamed of having nowhere to stay that he cut ties with his family for eight years.

“I didn’t want my children to know I was homeless all that time,” said Clarence. “I didn’t want them to see me the way I was. When you get to be my age, you don’t like asking people for things.”

Alone at 67 years old with only the clothes on his back, Clarence found himself living in the rain, under bridges, behind buildings and on concrete floors, constantly battling sickness. He was at the point of giving up – until he discovered Flagler Housing & Homeless Services at St. Joseph’s Villa.

“My life began when I found Flagler,” he said. “I’d probably be in jail or dead today if it wasn’t for them.”

Andrea helped Clarence apply for jobs as the Flagler team searched for an apartment. Clarence didn’t have a formal education, but overcame that barrier with Andrea’s support. He gained employment in jail and prison ministry, which he sees as a way to pay it forward. Now he has a comfortable home, a job he loves, and hope for his future.

Today, at 75, Clarence has reconnected with his children and invited them to his new home. In a place he can call his own, he will meet his grandson for the first time.